​Composer and music theorist Michel Corrette was born in 1707 in Rouen, France. Apart from his work as a composer, he worked as a music teacher, musician, conductor and organist (for example 1737 in Sainte-Marie du Templte and from 1741 onwards in the Jesuit church Sant-Louis). He accepted his last job as organist in 1780 with the duke of Angoulême. He died in Paris in 1795, at the age of 87.

Corrette leaves a rich oeuvre of compositions, which has so far only been explored in parts. His 15 school works for most of his era’s common instruments impressively demonstrate France’s music education during the second half of the 18th century.

The «Noëls», the French Christmas songs, were very popular in France during the 18th century, and had often been arranged for different line-ups. The six magical «Symphonies Noël» by Corrette, appearing 1781 in Paris and Lyon were no exception. Since 2003, Amadeus has published the first three for two violins, viola and basso continuo, including individual parts. The 2nd and 3rd symphony contains a flute instead of a violin. The violin would be able to play these pieces, however some notes are very high. Octaving would be a recommendable practice at times. In the intention of Corrette’s “fully sounding” concert sound, a few passages would also allow the use of one or more wind instruments. The continuo of the first “Symphony Noël” was provided by Yvonne Morgan, and Harry Joelson provided the continuo for the second and third one.

Individual movements are playable by advanced music students. These works are almost predestined as interludes at advent and Christmas services.

​In 2016, The Pontivolle Edition Bernhard Helpenstein in Mainz released three musical advent calendars for violin, cello and viola. «The Viola Advent Calendar» contains 24 christmas songs for 2 violas in fantasy-filled movements, arranged by cellis and composer Traudl Hermann. The pieces contain all known and also less known Christmas songs. A PDF with melodies and texts can be downloaded for free on the website of Ponticello Edition.

The melodies may be sung of played on a melody instrument, together with the two violas. The collection is a must for advanced violists who are in need of Christmas music. A few songs are also suitable for intermediate violists.
The uncommon line-up placed the often heard Christmas songs in a new dimension. These traditional Christmas songs, performed by two violas make every Christmas and advent concert at music schools or churches a special event.

This blog article is written by Niklaus Rüegg. He has been working as a music journalist for ten years and is responsible for the association pages of the VMS (Verband Musikschulen Schweiz) in the Schweizer Musikzeitung. As a young man, Niklaus Rüegg had played the violin and viola. 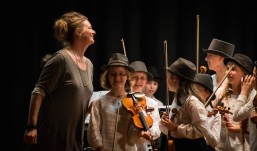 Tina Strinning: Playing and dancing on ergonomically customized violas. The method is based on movement. That’s how kids are spared from tenseness. A special method of viola construction further serves this goal. Read about Tina with her children students.
» To the viola blog 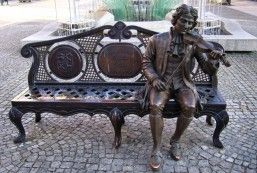 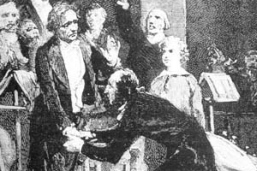 Hector Berlioz - Harold en Italie: This work by Berlioz is of outstanding importance for the viola. Especially since there was hardly any remarkable literature for the viola at the time of its creation. It was not until 1838 that Paganini heard his commissioned work. Overpowered, he pulled Berlioz onto the stage and kissed his hand on his knees.
» To the viola blog