Georg Philipp Telemann was one of the most prominent composers of the Baroque era. He introduced innovative thinking into the world of music and changed the music of the early 18th century significantly. He left an impressive opus of 3600 works, including orchestral suites, symphonies, concertos, violin solo pieces, sonatas, duets, trio sonatas, quartets, work for piano and organ, and, of course, his world famous "Viola Concerto" in g major. How did he manage to become such an important historical person?

Telemann was a mostly self taught musician. He became an orphan at the early age of 4. Him and his siblings thus became dependents. His remarkable talent was discovered early on, and he celebrated his first bigger success during his law studies in Leipzig. That's where he founded a "collegium musicum" and soon thereafter took on an organist position. Between 1708 and 1712, Telemann was court music director in Eisenach, where also became friends with Johann Sebastian Bach. After a longer stay in Frankfurt, where he became (at least) music director of the old university church, he finally found his fame in Hamburg. That's where he took over the role of "Cantor Johannei" (responsible for church music in Hamburg) and the role of "Director Musices" of the city of Hamburg. Later on he became the director of Hamburg's opera and, on the side, accepted a role as court music director with Marquis von Bayreuth.

His Immense Influence on the Development of Music

Telemann managed to work in almost all styles of his era. He focused on the harmonic side of his opus and on melodious effects. One can particularly hear the influences of Italian and French music in his works, as well as some influence of Polish music. Taking a look at the many tempo changes, for example. Telemann wrote (very uncommon for his era) a viola solo concerto as well as further pieces, contributing in significant parts to today's viola literature. By the way, he's called the founder of string quartet music.
Telemann is thus seen as a pioneering musician of his time, be it for his approach to sound, harmony or melody, or for his use of innovative line-ups.

The Influence of his Work

Philipp Telemann lives from 1681 to 1767. His main working period lasted no less than 46 years. He was familiar with all common musical instruments of his time, knew their playability and tone color.  That's why he was a master in combining different instruments in a harmonic way, for example with the violin concertos. He advanced into unexplored sound territory, often using chromaticism and enharmonics.
Telemann took further influence from literature of his time - education. This becomes obvious with his vocal works for example, containing original texts as well as parts by the most well known German writers of his time. Authors like Klopstock, Brockes, Hagedorn, König, Neumeister and others worked under his order.
Telemann shows an open side in his instrumental works, including secular elements into his concertos. The final movement L'Espérance du Mississippi" of the overture "La Bourse" for example was an allusion to the Paris stock market's crash in 1720. Mark Friedlaeder described his works as full of "amusing and provoking melodies".
Tememann's own work comments are mostly detailled and still describe his work's characters today. He wrote about 1000 overture suites in total, out of which (sadly) only 126 have been preserved. Tel 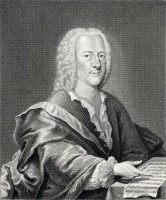 emann was, as already mentioned, very keen on experimenting. This is also true for his use of individual instruments. In his works "Nouveau Quatuors" for example, he made the cellos play notes as high as all the other instruments. He didn't hesitate to change melody parts either. That's why in some of his instrumental pieces, a cello plays a melody 2 octaves lower, as an alternative to the recorders.

Telemann's Efforts for the Viola

Even though the viola used to be little more than a "harmonic complement", Telemann wrote, apart from his "Viola Concerto", a few meaningful pieces for the viola. A Concerto for two violas, his "Scherzi Melodichi", finished in 1734 - with seven suites, named after weekdays, the Polish dances for two violins and viola, 12 sonatas for viola (de gamba) and further trios for flute, viola, violin or french horn and oboe.
The viola concerto is likely to be the first solo concerto for viola in music history. It is often performed with different line-ups, and can also be performed by solo viola and a quartet. The concerto consists of four movements.

Largo, Allegro, Andante and Presto. The orchestra starts the first movement with a festive melody, which is then repeated, expanded and built upon by the viola. This part is followed by various key changes, a cadenca, and the orchestra closing the first movement. The second movement, Allegro, is very contrasting and contains a lively theme, which is again played by the orchestra. The viola repeats only part of the theme and let's the string players finish it. Thereafter, the viola and orchestra repeat the theme together, in different keys, arriving back in G major at the end.
The third movement is a melodical Andante in e minor. The viola introduces a theme, and what develops seems to be a call and response between viola and orchestra.
The fourth movement has two parts. In contrast to the third movement, the fourth has a happier and more hopeful Presto. The orchestra introduces the theme and the viola (again) plays its variations, adds notes and changes into d major.
A fast passage leads through the fourth movement's second part, with the orchestra playing a melody in D, which the viola takes on a journey in e minor and further keys. The orchestra stays in its key, with the viola returning to major and the piece approaching its finale. The approximately 14 minute lasting concerto is still being frequently performed and has become Telemann's most famous work.

Until the early 20th century it was particularly the instrumental works that were often criticized. This critic of later generations on was based on two main reasons: On one had his works weren't analyzed in enough depth, often leading to superficial criticism. On the other hand, critics often copied

other critics' statements, leaving out any research on their own. Carl Winterfeld for example wrote as follows: "An unmistakably talented composer with truly remarkable success seems to have served no more than the average dinner, seemingly staying unaffected and enjoying standing ovations, but unable to justify the absurd". The criticism on his works increased until the late 19th century. Around that time, a cult of geniuses celebrated re-birth. Composers like Bach and Händel were re-discovered and held in highest regards. Telemann's works on the other

side were marked down as flat and factory outlet. The criticism also extended to his person. The early 20th century brought a change in the perception of Telemann. Music researchers had now started studying the original manuscripts. His concertos were being analyzed and the earlier criticism checked, instead of being adopted. Max Friedlaender was one of the first to call him "peculiar, charming, interesting composer, who loved to break away from the typical composer profile of his time". The public opinion on his violin concertos started changing as well. More and more music researchers recognized Telemann's expertise and his works' worth: "It is unbelievable, to know about such an enriching oeuvre while leaving it aside!" (Max Seiffert).
As of today, Telemann's position in German music history is indisputable, and he is known as an innovative and pioneering composer of the Baroque era. The analysis and research on his works is ongoing still - his works are voluminous enough to keep serving new details and informations for the years to come. A small comfort for the composer, despite all the criticism: In 1990, an asteroid was named after him, "4246 Telemann".  (Translated by Andreas Häberlin)

The Telemann Centre for upkeeping and research is an institution who is taking on the composer's life and work in a scientific way. It contributes in many ways to today's spreading of the composer's oeuvre in the world of music.
http://www.telemann.org/telemann-zentrum.html


Sound Excerpt:
A recording by Juri Bashmet (solo viola and conductor) with the Moscow Soloists, 1992.

https://www.youtube.com/watch?v=xYsK8HJmINQ
I am not a talented musician, but I certainly enjoyed reading about this composer of which I had never heard before. Thank you for posting all this information.
‍ Add comment 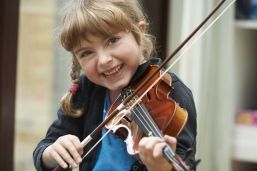 Practice or talent? What makes for a great musician?   » To the viola blog 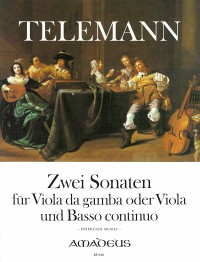 Two sonatas
» To the article 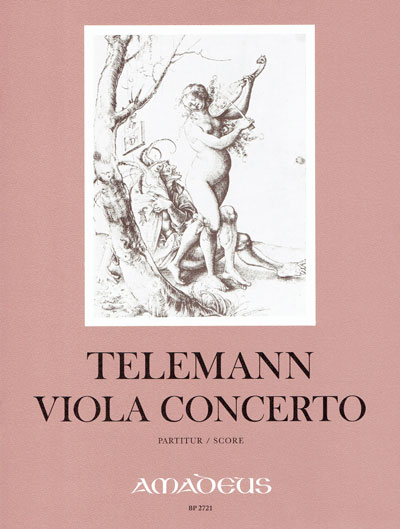 Viola Concerto
» To the article 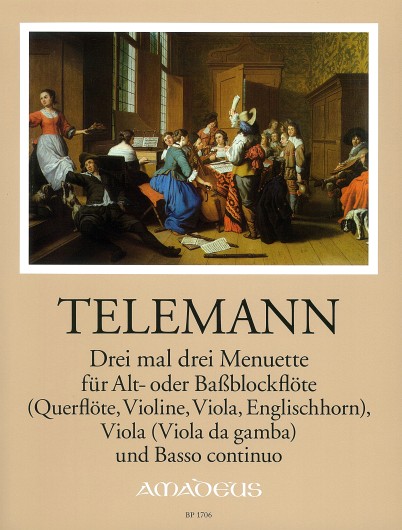 The blogs in a short overview.
» To the blog list

Do you don't want to miss any news regarding viola anymore? Our newsletter will keep you informed.
» Subscribe to our Newsletter for free