The instrument is more in demand than ever before at conservatories.

At the court orchestras of the 18th century, violists were despised. Many of them were “relegated” violinists, because their playing was inferior. These times have passed, and the roots of this contempt unearth in form of jokes at most, particularly since the difficulty of today’s literature easily matches the one of the violin. Physically seen, the viola is even more difficult to learn. Playing relaxed, that is the big challenge. There’s a reason that violists are the best customers of physical therapists.
Changing from violin to viola is possible even at the conservatory level. The physicals play an important role here: big hands, long fingers and strong shoulders can positively effect a change of instrument. And, of course, the love for the wonderful viola tone!
In contrast to music school students, professionals need to explore the question of character and type: «Violists are less hurried, less competitive and aren’t looking for the spotlight: «In the ensemble, violists take on the intermediary and connecting role», says Zürich resident Nicolas Corti, who is an viola professor at the Zurich University of the Arts since 1995. At this university, the viola is a highly regarded major, taught by five internationally renowned lecturers. Counting heads in Zürich, the viola currently has a total of 29 students majoring, divided over all semesters and fields of study. This is an impressive number, compared to the 73 violinists. This ratio used to be considerably less balanced 20, 30 years ago.

Nicolas Corti made himself an international name with the renowned Amati Quartet. Since 2005, he also has a 50% job as solo violist at the Winterthurer Musikkollegium and plays many solo concertos. Aren’t five professors slightly too much for just 29 students? No, says Corti, it is important for the students to have a choice. Not every student works well with every professor. Corti only accepts students, who he thinks have what it takes to be successful on the music market, which is continuously shrinking and becoming more sophisticated. The output of highly educated musicians has generally increased and stays in contrast to the fewer opportunities. The viola is no exception, even though the chances of finding a job are slightly higher for good violists, than for other string instrument players. The students need to know their goals. After the bachelor at the latest, the professional goals become a topic. The graduate programs are even more specialized. The dream of many is to have different revenue streams, for more and more orchestras are closing (just as recently in Spain and The Netherlands). As of today, 250 – 350 violists will apply for a viola position in a good, professional orchestra. Versatility is stressed during studies already, for a career in music is hard, stress sensitive, and possibly not that interesting without a broadly informed education: «When I finished my studies in the early 80s, there were only few ensemble competitions, Evian, which we won in 1982 with the Amati Quartet, the ARD competition, Banff and the Karl-Klinger Wettbewerb in Munich. That was pretty much it. Today there’s an almost unmanageable wealth of competitions.» Corti sees the secret for a fulfilling music career in versatile activity: «Without contrasting activity as an educator, soloist, ensemble musician, orchestra musician with varying focus, I probably wouldn’t have pursued my profession as passionately for so long.»

There are also countless high quality applications for professorships. For example this spring, when a successor was needed for Christoph Schiller in Zurich, and found with German violist Diemut Poppen. «The level was very high, and we could choose. That wasn’t the case in earlier times», says Nicolas Corti.
The output of successful viola graduates is remarkable at the Zurich University for the Arts: «Almost all of my students found an opportunity, and didn’t need to change industries later on.»

Don’t miss out on part 1:
The Viola at the Music School: A Long-Awakened Sleeping Beauty

Sheet Music in our Online shop: Easy pieces for viola 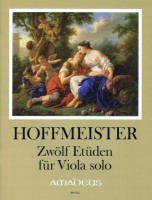 This blog article is written by Niklaus Rüegg, graduate of the Zurich International Opera Studio, graduate of the Basel Opera Academy, twice winner of the Migros Gifted Scholarship, numerous engagements in opera, operetta, musicals and concerts in Switzerland and abroad.
Rüegg has also been working as a music journalist for ten years and is responsible for the association pages of the VMS (Verband Musikschulen Schweiz) in the Schweizer Musikzeitung. As a young man, Niklaus Rüegg had played the violin and viola.

2. Find the composer or work for which you want to write an input. 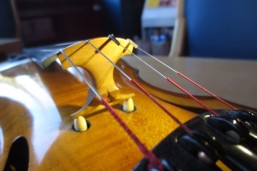 Meeting with Dr. Franz Thomastik
(Thomastik-Infeld Strings)
I am in the process of restringing my Ritter viola with Belcanto strings by Thomastik-Infeld. Part of me loves the process, part of me despises it. I am happy for these are the only strings that fulfill my needs on this specific instrument. And I am unhappy about…
» To the viola blog 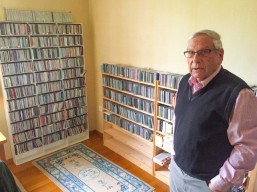 Keeper of a Viola Treasure
The literature described in his epochal viola guide «Music for Viola» has all been played, described on index cards and archived by Konrad Ewald himself. Most of it is, or was, in his possession and is neatly arranged and filed.
» To the viola blog