Music is a fundamental pillar of humanity. Nonetheless, its value in society and politics remains contested.

Niklaus Rüegg – The human right for musical participation and education is uncontested in most strata of the population. However, access to music education is not the norm, even though music has played a central role in the history of human development. The earlier something appears in the evolution of humanity, the more it belongs to human nature. Research proves that musical expression is human, and there even exists prehistoric proof of musical activities. During the era of Aufklärung, education was understood as the development of personal skills and talents. This humanistic ideal of education is in effect up to date, but its value remains contested.
Sounds are essential in the development of a small child, long before articulated speech. Music already has a demonstrated effect on the fetus in the motherly womb. The songs that the mother sings during pregnancy, and even the voices heard, are later recognized by the newborn. They provide safety and security.

The Economy of Human Rights 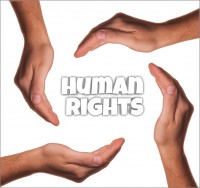 As a reaction to the second world war, human rights became the focus of interest in the past century. While the general UNO declaration of human rights (AEMR) from 1948 doesn’t mention a human right for music, the document still contains two articles that may serve as a base for such a construct: Art 26 – right for education, education goals, parental rights and Art 27 – freedom of cultural life. If music education and making music belong to culture and education, that means a music-making human has a right to music education and to participation in music culture. The principles in the AEMR are not legally binding but have been recognized by almost every one of the 200 states worldwide. Quite some time later, the right for cultural education was defined in more detail, at two UNSECO world conferences about cultural education (2006 in Lisbon, and 2010 in Seoul): In regards to articles 26 and 27 of the AEMR – and also to the UN Convention on the Rights of the Child in 1989 – the term "cultural education" is extended to all the arts, especially music.
For the musically active, music has belonged to cultural, even general education for a long time. This belief has also found its way into politics: The concept of cultural education is used in different states as an implementation tool for the realization of cultural participation. In Switzerland, cultural participation has even been a strategic action axis of the government's cultural politics since 2016.

Four years prior, on September 23, 2012, Switzerland experienced a small musical earthquake: The Swiss population supported, with almost 73% yes-votes, the government’s counter-proposal for the initiative "Youth and Music," which describes – in the federal constitution – the support of music education for children and teens, the support of talented individuals, and high-quality music education at schools, as well as access for teens to music-making. The impact of this step is extraordinary. It confirms and “legalizes” the human right for music and extends to making it a “human responsibility." Regardless of the effect of this article, it is a clear vote for the necessity of music and education. The effect has been felt in many ways already. As with all political processes in Switzerland, the realization takes time, but the result is usually even more solid. Three years ago, the widening participation program “Youth and Music” was created as a first step to realizing the constitutional article 67a "Musical Education." In analogy to the program Youth and Spot, qualified music teachers can now train to become a Youth and Music leader and receive government grants to hold music courses and camps. The new cultural message 2021-2014 is intended as the second part for realizing the support of talented individuals. The government intends to raise its budget for cultural support by 35 millions annually over the next four years. Thereof, 8.3 millions are assigned to the support of youth music.

The process of establishing music as a central part of the education system hasn’t ended. As with all important community projects, each generation must fight again, for their right to music.

I think listening and playing music is a human right and this should be anchored in all laws of all countries.
Appallingly, the UK government has taken music out of the National Curriculum which has made the right to music education hard to achieve and very financially divisive (not to mention the difficulties for unemployed music teachers during COVID!).
‍ Add comment

Download sheet music
Discover our sheet music, which you can download as PDF, print it out and start playing immediately. Have fun discovering them!